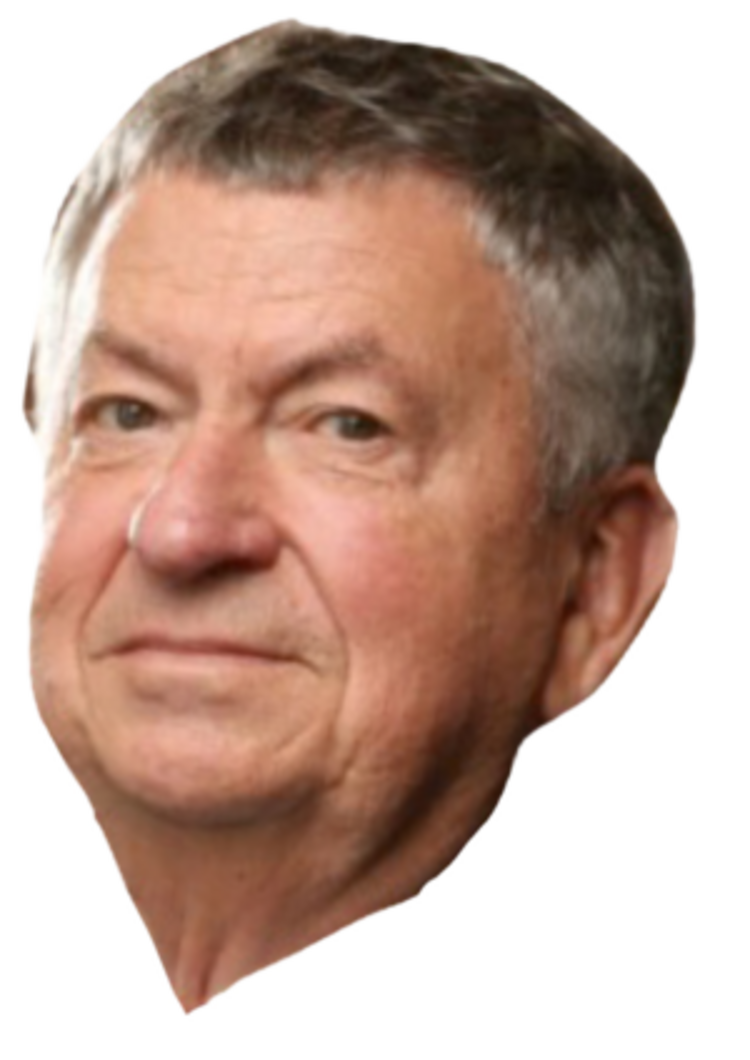 The environmentalist community hardly needs an introduction to Allyn Ford. This guy never saw a forest he didn’t want to clear-cut, and has built a robust career making sure he could do exactly that. From laying off a one legged worker without benefits, to putting a gag order on an entire town to prevent discussion of drinking water privatization, it’s hard to know where to start with Allyn Ford. On top of privatizing water, Roseburg Forest Products (RFP), Allen Ford’s company, has a bad habit of spilling oil into water sources, which has happened on three different occasions. The Oregon Department of Environmental Quality fined RFP the pathetic sum of $8,400 for all three spills that leaked oil in the South Umpqua River. In the 2003 Forbes article, top ten land owners in America placed Allyn Ford as number eight. However this success has done little to stem his appetite for federal timber sale logging contracts in Oregon and Washington; Allyn being the largest procurer of these federal timber contracts, most of which are old-growth and native forests. RFP has become so flagrant in its disregard for logging regulations that they cut over 200 old growth trees in the Flat Top area of the Kalmiopsis Wilderness, to which they received a slap on the wrist. This suggests that the company is in business of not caring about environmental regulation fines and shrugged off a $130,000 air pollution fine by one of its Montana mills in 2013.

This year RFP is at the center of an investigation by Immigration and Customs Enforcement (Yes, I.C.E) for using wood from the okoume tree, found only in the Congo Basin in West Africa. Allyn Ford is the sole owner of Roseburg Forest Products but also controls some other pretty serious assets like Umpqua Bank, International paper, and even the Ford Family Foundation! 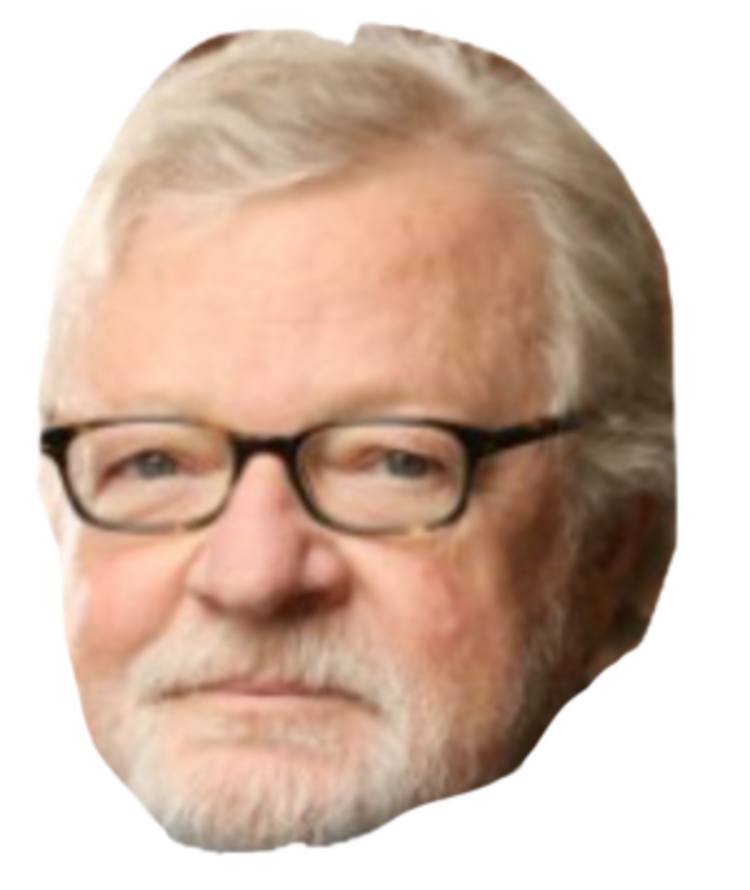 If anyone in the world can prove that a capitalist monopoly is less efficient than a Soviet collective, it’s Chuck Illis. As the Executive VP and Chief Planning Officer of the 90’s telecommunications company US West, Lillis somehow managed to neglect the phone service instillation for some 220,000 customers for two to six months on average. All the while US West boasted massive profits and indulged in exotic overseas investments. At the same time they drastically cut infrastructure investments on the Bell Telephone network and argued for rate hikes with the Colorado Public Utilities Commission. US West’s monopoly stretched from Oregon to Iowa and ranked neighborhoods by the income of their residents. Based on neighborhood income it used a gold, platinum or bronze ranking system to give priority for service. It also used this same classist system to make infrastructure decisions, with high income areas getting first service priority.

While US West was ranked worst local telephone company in the country it used its billions in overseas investments to sweeten the deal for a $45.2 billion merger with Qwest. Lillis’s slice of this was none to small but him and several former US West employees formed Media One with the carcass of US West’s cable assets. They turned around and sold Media On in under a year to AT&T for a tidy $62.5 billion. They then shared $117 million upon closing the deal.

All of this before a consumer class action lawsuit came down on US West for extreme delays in service.

I feel I must apologize to any former Soviet collectives for unjustly comparing their efficiency to Mr. Lillis’s business practices. 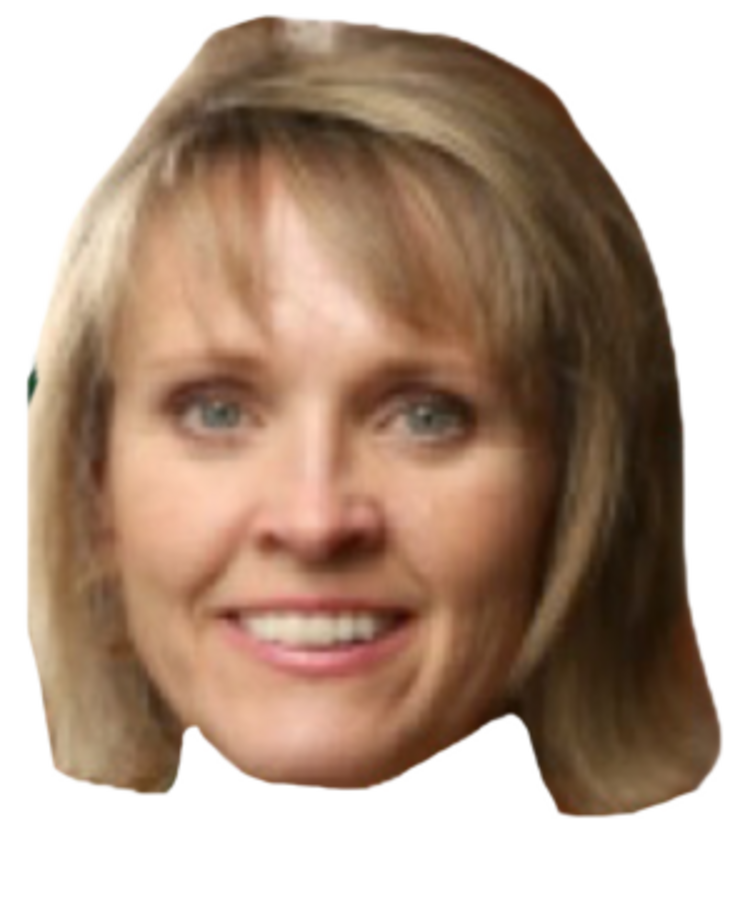 It’s the data stupid! Connie Ballmer sits on the board of the Ballmer foundation with her husband Steve the former CEO of Microsoft. Their foundation is part of a long line of tech billionaire foundations (Gates foundation, Bezos Family Foundation, Blue Meridian Partners) focused on education and early childhood development.Why are tech billionaires throwing huge amounts of money into charter schools and early childhood education? Why are they vastly outspending teachers unions on ballot measures to expand charters and limit local unions? The short answer is it’s a data grab by the largest tech companies.

Just last year, Ballmer Group put $59 million into ‘Social Solutions’ a company that Kansas City schools announced they will use to share student data with a range of non-profits. Connie Ballmer is on the board of the Strive Together, a non-profit which invested in Social Solutions and their “impact measurement software.”

Not only are school districts being pushed software that will implement a new battery of testing metrics, but the data is then being used to lay the groundwork for what is being called the new social impact investment market. “Children are being turned into data so the debt associated with funds allocated to provide education and social services to them can be traded on global markets,” says Wrench in the Gears education blog. “The financial and technology interests that aim to capture and analyze sensitive data to inform speculative investments are the ones who will benefit. Not children pushed onto surveillance play tables so their data can be harvested. Not mothers forced to track their “goals” on an app created by a social entrepreneur.”

When one begins to see the implications of turning children’s educational data into investment opportunities on the open market, the veneer of philanthropy quickly begins to fall away. 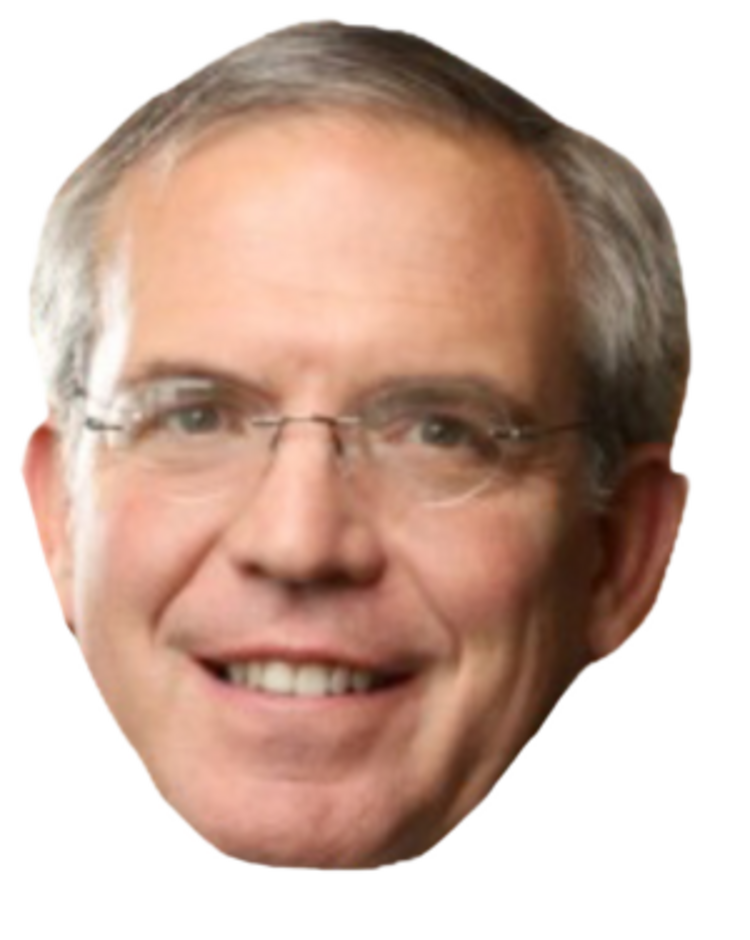 As a 5th generation timber industry aristocrat, it’s hard to imagine how Joseph Gonyea III isn’t part of the problem. Gonyea is CEO of Timber Products Company in Springfield, and is a leader in the Hardwood plywood market (I’m no expert, but making hardwood into plywood sounds like putting lobster on pizza). Despite his stupendously clean media profile, Gonyea has managed to insert himself into the controversy behind Hayward Field’s construction. The state legislature, and former Governor Kitzhaber, were at the time relatively cold about supplementing the project with $40 million in public funding. But Kitzhaber suddenly reversed course as large campaign donations from Phil Knight and four UO Board of Trustee members came rolling in. Uncle Phil of course led the pack, with a $250,000 donation, and of the four board members, Gonyea came in last, with a paltry $2,500.

Yet as the Hayward Field project is now moving forward with a nice public subsidy, there seems to be some astonishingly high quality hardwoods being attached to the structure. Still, Gonyea is a man under siege in an industry beset by low cost Chinese imports. In such a tight belt environment, Timber Products Company had to very carefully consider the purchase of its new Citation Sovereign private jet. Despite keeping his cards close to his chest, Gonyea is a major Republican campaign contributor, and part of a logging industry heavily dependent on access to public lands to subsidize its clear-cutting forestry practices. Oh and dude, your company website is broken. 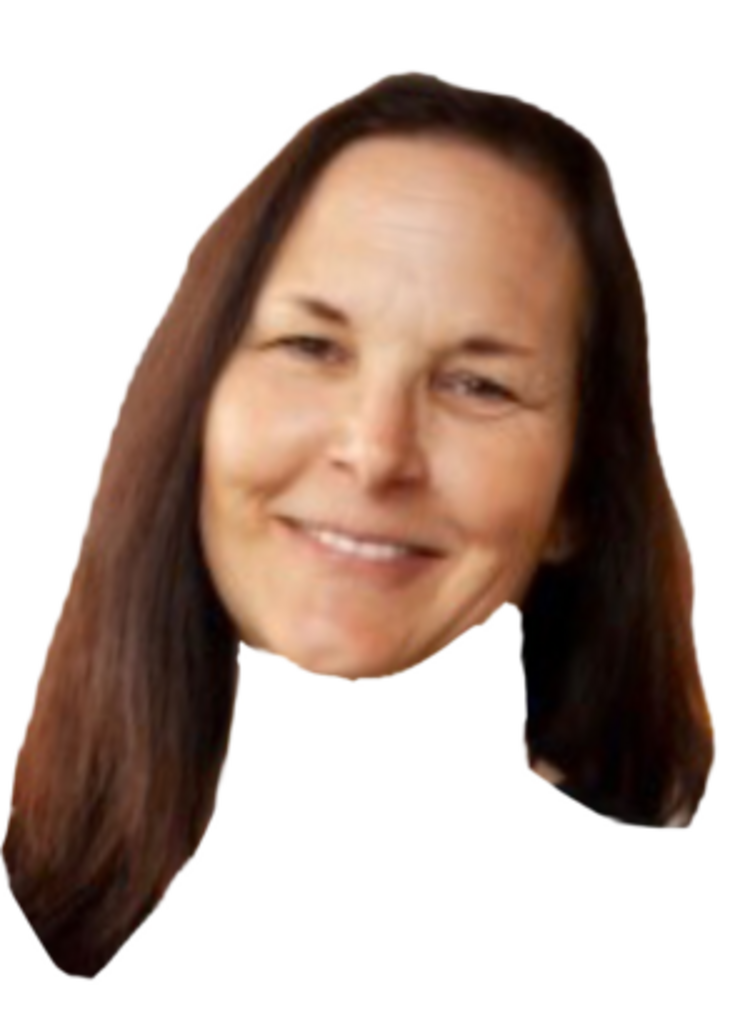 Aaron has been a leading figure in the charter school movement and was on a lobbyist list of charter school leaders recommend to meet with the Trump administrations Secretary of Education Betsy DeVos in 2017. Even though the charter school movement has always called for teacher review, LA charter schools have fought vigorously against allowing L.A.Unified School District’s inspector general oversight of their campuses. Charter schools are facing growing allegations that special needs students are experiencing high rates of expulsion that opportunistically affect school academic testing metrics. Others have pointed out significant problems with zero-tolerance, strict discipline charters made famous by the “no excuses” KIPP chain of schools. [EdWeek, 2-20-13]. Gordon Lafer, a political economist at the University of Oregon, “questions why an educational model deemed substandard for more privileged suburban children is being so vigorously promoted—perhaps even forced—on poor children...” [Economic Policy Institute, 4-24-14].

With over 90% of KIPP L.A. students being Black and Latino, worries of private cash cow exploitation of minority communities take on an even more Jim Crow dimension. Last year, Founding Executive Director of KIPP L.A. Marcia Arron boosted funding for the charter network through sizable grant from the Gates Foundation. How KIPP secured a half million from the Gates foundation is unclear, but the connection may be closer to UO than we imagine. 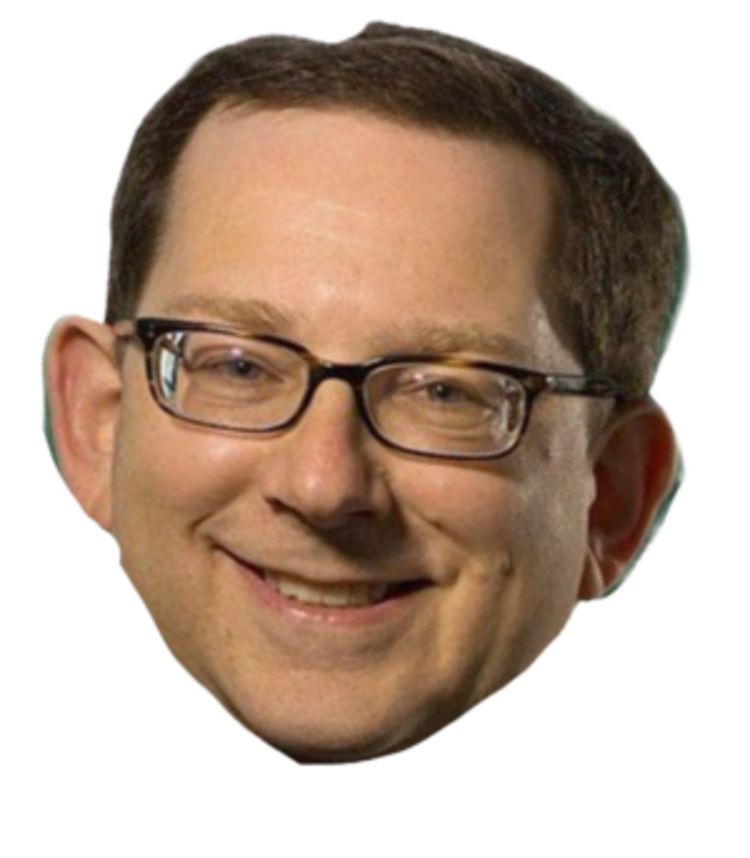 The infamy of President Michael Schill has taken on a life of its own in some circles at UO. From likening student protesters to fascists in a New York Times column, to not firing a law professor who dressed in black face, it’s a wonder Schill can still speak publically at all on campus. All the while he has been a major force in the privatization of campus spending priorities, while simultaneously undermining the labor contract of the Graduate Teaching Fellows Federation (GTFF), some of the lowest payed employees on campus. The anecdote of him being utterly flummoxed when getting a call from Phil Knight in the middle of union negotiations goes a long way to illustrate President Schill’s bumbling persona. It would be funny if it wasn’t perfectly clear to everyone that Phil Knight truly does run things at UO. As large capital improvement projects like the Phil and Penny Knight Campus for Accelerating Scientific Impact start to look like Nike outsourcing its R&D department, it’s hard to justify these large projects dominating the budget cycle. At the same time that the Democrats control the state, many are starting to wonder why money isn’t falling out of the sky on UO. Unfortunately the word on the street is that the politicians in Salem (that our student leadership has had conversations with) don’t think we have our priorities straight. UO has become a campus completely beholden to private interests in the eyes of many political figures. And after doing extensive research for this UO Board of Trustees Rogues’ Gallery, I too have come to this conclusion. 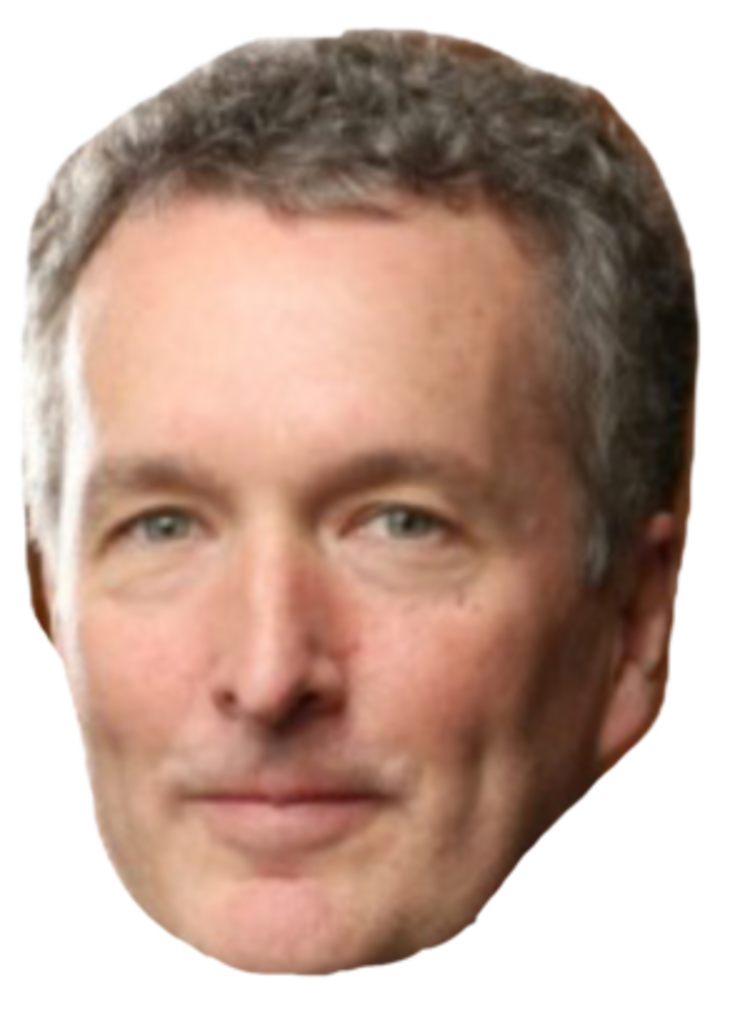 Peter Bragdon is the “hedge knight” of the Feudal world of sweatshop produced brand name footwear. Though other knightly aristocracy may have more sway over the fiefdom of UO, one can be sure that the interests of global sweatshop manufacturing are well represented on our Board of Trustees.

Bragdon is currently Executive Vice President, Chief Administrative Officer and General Counsel of Columbia Sportswear Company. In 2011 Columbia Sportswear was found to have been using Vietnamese prison slave labor in its manufacturing, to which Bragdon claimed it was a, “surprise to us [Columbia].” But just last year Columbia was found to have largely ignored reports of violence and other serious abuses against workers at an Indian factory making their brand name clothes. In the 2018 report the Worker Rights Consortium outlined how companies including Columbia, “do not take their own human rights commitments seriously. As a result, neither do their suppliers.”

Bragdon’s tenure as general counsel at Columbia has shown a company unconcerned with a continuing pattern of labor violations. At the same time the Executive VP is happy to mansplain his way into conversations about environmental advocacy alongside clearly more activist driven outdoor 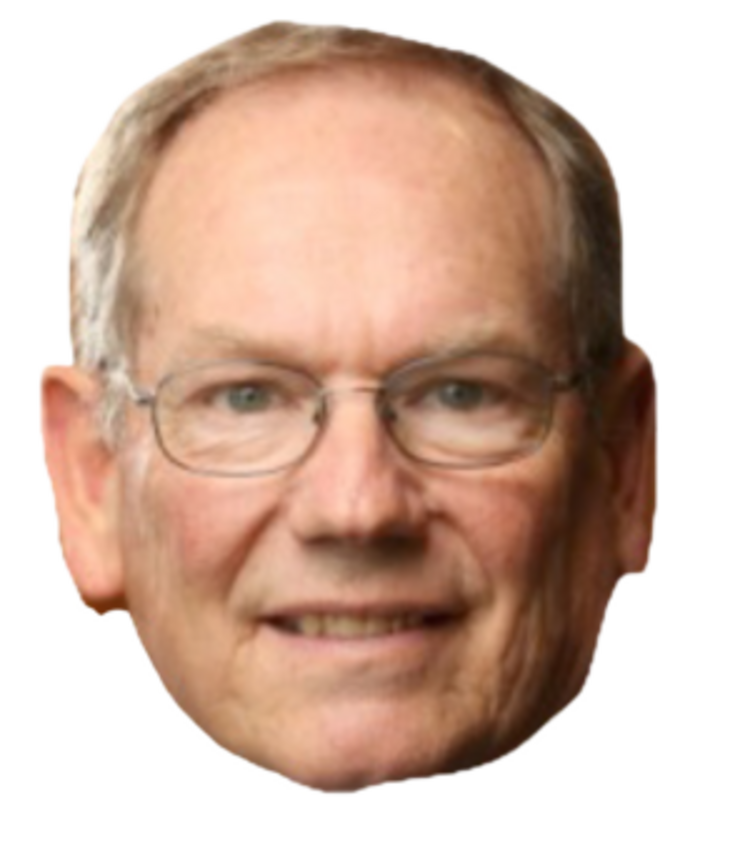 When you’re taking over a bailed-out mortgage finance company that America taxpayers paid $61 billion to keep floating, it’s important to make sure you get your 2 million signing bonus, on top of your 3.5 million in annual pay. Ross Kari made sure he got his priorities straight when he took over Freddie Mac in 2009 just after the financial crisis. He made sure to do it quick before Congress could cap the executive compensation for a company undergoing government conservatorship.

By 2012 the Federal Housing Finance Agency announced it would cap annual executive compensation at $500,000 and word was that Congress might move to limit it further to 275,000. A year later he said goodbye to Freddie Mac and retired before the pay cuts took effect. Kari has carried his same tax free priorities into his current leisurely position on the board of Goldman Sachs. Another financial institution closely connected to the 2008 financial crisis and with broad influence over financial and regulatory policy in Washington. The UO Board of Trustees must consider itself lucky to have someone so skilled at securing public money to cover the losses of grossly mismanaged investment...