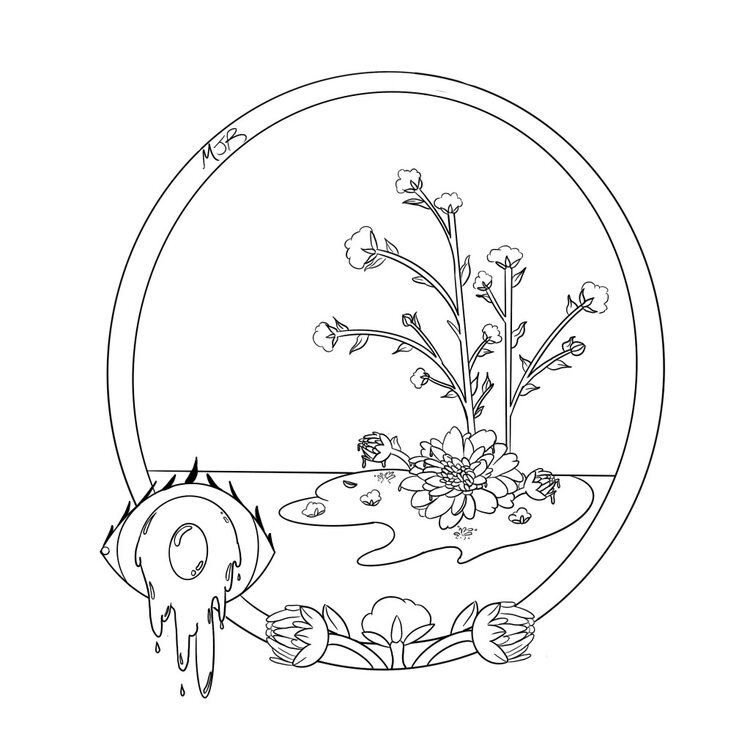 i have looked into the future and hate who i’ve become. words spill off their tongue like honey while cotton catches in my throat and chokes me from the inside out. i want to warn them, tell them that people will only deceive you, don’t go into that car, you won’t come out the same, something in you died that day, all the advice i wish i had taken, i don’t remember being this selfish, maybe i was mistaken?

and the truth is, i don’t remember, was it a december where we fell apart, i cannot see, i did all i can, this began with fire and ash and a girl who thought she was better than she actually was, because i had confidence, right, that was a good thing, to have, to be,

(and now he laughs mockingly)

was it? i don’t recall

oh, i must not have been good at anything at all

i want to cry, where was he when i died, choking on blood red roses that have flowered in my lungs, him denouncing who we were, me refusing who i’ve become

i was not a very good child, no, not at all, but I wouldn’t talk about him this way, i would never have fallen so far from grace, filled with anger and hate and burning rage,

but still i am trapped in this glass cage.

it’s a fact that cotton expands when wet, this is a fact you should know, because i am dying, vomiting up flowers on this bedroom floor, i tried to be better, i’d hoped i’d be more

this unrequited love is killing me, and he hopes it does

“ and he always thought he was better than he was”

i meet him in a land of time, and he cannot bear to look at me, back turned.

my voice cracks and i have never felt so weak.

we were together, we’re still the same, aren’t we, i swear, i tried to be good, i did what i could, was it not enough, tell me what i did wrong, we got here together, we did what we had to do.

he still doesn’t face me when he finally speaks, broken words upon his tongue, a knife in my chest twisting deeper and deeper, his voice cracks and i can see the tears in his eyes.

“no thanks to you, alex”

oh paris, why do you still lie?