War is War: The Normalization of War in the Global South 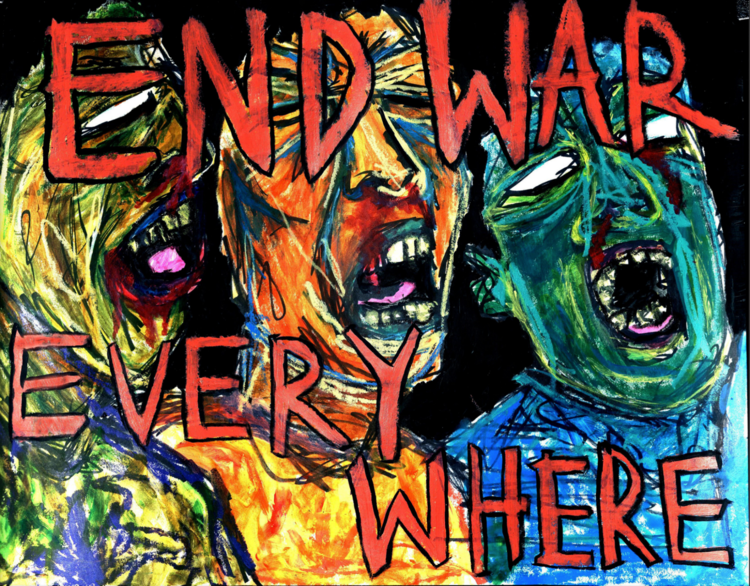 Over the past few months, we’ve seen the West come together and condemn Russia for its atrocities in Ukraine. Within days of the invasion into Ukraine, we saw sanctions introduced, travel restrictions set, and businesses pulling out of Russia. Multiple Western nations have donated billions of dollars and weaponry to Ukraine. It’s interesting to observe how the West decides which crises are worthy of foreign aid.

But, where were all of these nations during the Taliban’s takeover in Afghanistan? Or the Saudi-led attacks in Yemen? Or when the Israelis kick Palestinians out from their own homes? The list of nations abandoned by the West goes on.

Let’s take a look at Afghanistan’s situation. By the end of August 2021, just a month after US troops were pulled out of the nation, the Taliban had taken over. The Taliban’s takeover led to the displacement of millions of innocent people and other human rights issues.

Comparing international response towards the Ukrainian and Afghan invasions exposes the hypocrisy of the West, or perhaps the overall desensitized attitude towards non-whites. Our news feeds have been flooded by images of destroyed buildings and people hiding in bomb shelters ever since the invasion took place, a reality many Afghans, Syrians, Iraqis and Palestinians have been living through for decades. Not only has media coverage of these crises differed greatly, but so has the response of Western nations to refugees. As of early April, over 4 million refugees have fled from Ukraine, with most fleeing into western Europe. The United Kingdom started a family visa program to help Ukrainians who have extended family residing in the UK. The United States has been easing restrictions for Ukrainians stranded at the Mexican border. Although it’s great to see nations opening their borders for the Ukrainian people, it’s time to change the way the West responds to refugees of color. It’s not just Afghan refugees that weren’t met with the same response that Ukrainians received: Middle Eastern, Latin American and African victims of war are often met with stricter immigration regulations, harsher visa requirements and militarized borders.

In March, the United States said they would accept 100,000 Ukrainian refugees. Over the past 20 years, the United States has resettled about 97,000 Afghan refugees. This double standard that Western nations hold against the global south (nations that have less economic development - including most of Asia, Africa, Latin America, South America and Oceania) has to stop. War is war, if you’re going to condemn it then you have to condemn it everywhere. The way displaced people are treated should not be dependent on their religion, skin color or any other factor. For centuries, the United States has restricted the amount of refugees from entering, with reasons usually rooted in bigoted and racist justification: first the employment restrictions against the Irish, then the ban of Chinese immigrants, and now the selectivness over which refugees should be granted entry.

Another thing to take notice of is the hypocrisy of the West. Take the example of Israel; in March and April of 2022, the Israeli foreign minister publicly condemned Russia for the war crimes they have committed in Ukraine, specifically condemning the killing of civilians and the illegal invasion of Ukraine. Isn’t this exactly what Israel is doing to Palestine? Israeli forces have been illegally entering into the state of Palestine and Palestinian controlled land for over 70 years, displacing people from their homes, and killing civilians. The West is quick to condemn Russia for committing these atrocities (and rightfully so), yet they turn a blind eye to Israel committing the same crimes. Once again, war is war, and nations cannot be selective about when or where they denounce it.

A final thing to take into account is the difference in word choice that Western media uses to describe these conflicts. When describing an attack in a white country, the media talks about how “unexpected” the event was. When describing an attack in a black or brown country, the media strips humanity out of the issue by resorting to casual racism and bigotry. A CBS News anchor was recently under fire for saying, “But this [Kyiv] isn’t a place, with all due respect, like Iraq or Afghanistan […] You know, this is a relatively civilized, relatively European.” ‘Civilized’? This is yet another dehumanization of people of color in mainstream Western and American media. Downplaying the wars in Iraq and Afghanistan, while comparing them to an equally devastating war in Ukraine, is completely irresponsible. Although this particular news correspondent did receive extensive backlash for his backwards and bigoted thinking, there are so many Americans that think in the same way. No matter where one stands politically, there is a sense of normalcy of war in black and brown nations.

Over the course of my life, and probably yours, there has been war in the Middle East, civil war in Africa, and major political instability in Latin America. In many of these conflicts, the United States, the United Kingdom or France has intervened in some form, only resulting in negative effects for the inhabitants of these places. The United States has much to be blamed for wars in the Middle East and the political instability of Latin America. France has caused political and historical damage to the entirety of western Africa. And then there’s the British, who managed to colonize a quarter of the world’s land mass, yet they still don’t use seasoning on their food. For the past several centuries, Western imperialism and intervention has consistently guaranteed a political and humanitarian shitshow.

Returning to the hypocrisy of the West’s response to war in the global south versus the rest of the world, how many more humanitarian crises are needed before they understand that war anywhere is unacceptable? No lives are expendable, and they should not be treated as such. How many more Kiev’s and white cities need to be attacked before we understand that all war is bad no matter who starts it or who the victims are? All war is evil; selectively choosing who deserves refuge based on their identities is equally evil. Skin color, religion or any part of a person’s identity should not be a deciding factor for granting refuge from conflict. Whether someone is fleeing from Honduras, Libya, Afghanistan or Ukraine, all people deserve the same humanity and refuge.

In no way am I trying to compare tragedies, but am simply bringing light to an inconsistency in international response.

The difference in treatment of conflict by the West extends further than the monetary contribution of the west as these biases have seeped in our day-to-day media. When describing an attack in a white country, the media talks about how “unexpected” the event was. When describing an attack in a black or brown country, the media strips humanity out of the issue by resorting to casual racism and bigotry. A CBS News anchor was recently under fire for referring to Kiev as a civilized place, whilst adding his own inappropriate commentary, “But this [city] isn’t a place, with all due respect, like Iraq or Afghanistan […] You know, this is a relatively civilized, relatively European.1” Civilized? This is one of many similar occurrences that have happened across American media, regardless of political bias and viewership. This is yet another attempt at the dehumanization of people of color in mainstream Western media. Downplaying the wars in Iraq and Afghanistan, while comparing them to an equally devastating war in Ukraine, is completely irresponsible. Although this particular news correspondent did receive extensive backlash for his behavior, many get away with this sort of backwards and bigoted behavior.