Visiting author gives talk on their book ”Abolition of Law” 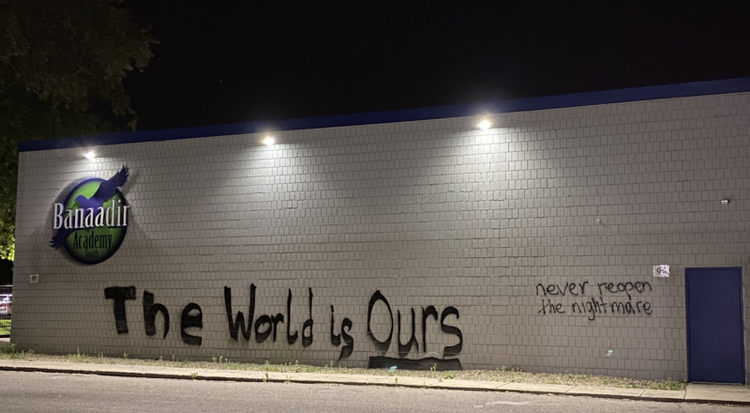 About two dozen folks took over the UO Law center lounge on Friday Sept. 9 to escape the wildfire haze descending on Eugene and hear Nevada give a talk on their book Abolition of Law. The Abolition of Law event, hosted by UO’s Radical Organizing and Activist Resource (ROAR) center, was originally planned to take place at the Urban Farm, but chaotic climate conditions forced local organizers to occupy whatever indoor public space they could raid.

Guest speaker Nevada spoke as a resident of Minneapolis concerning the 2020 George Floyd uprising from its point of genesis. They dug deep to offer critical insights about how the uprising unfolded and many of the tactical innovations the rebellion initiated. Their book “The Abolition of Law” looks at many theoretical and concrete aspects of the rebellion, while explaining in detail the chronology of how actions and ideas developed.

Now two years on, Nevada has started to explore many of the social conditions surrounding the Minneapolis scene. This has led them to become familiar with what is known as the “side show.” Side shows are informal gatherings where people bring their cars to do burnouts, drag races, and just display their vehicles without any formal organization. This space where the formality associated with the driving and licensing of vehicles is relaxed or abandoned reveals a critical insight into one the key innovations developed during the 2020 rising.

People were able to effectively loot big box stores like Targets and Wal-Marts in Minneapolis. These large capitalist structures are often positioned at the periphery of urban areas and also seated in large parking lots that insulate them from mass foot traffic. In Minneapolis, people were able to overcome these obstacles to redistribution through the massive and rapid use of vehicles. In this way some of the most exploitative commercial entities on the American landscape were sacked by communities who had suffered most from the big box hollowing of the central urban landscapes.

Nevada also detailed how open spaces adjacent to police precincts made it impossible for police to fully disperse people and acted as rallying points that continually put pressure on besieged precincts. Additionally, once people threatened these police spaces, police had no capacity to respond to mass redistribution occurring across the urban landscape.

On a theoretical level Nevada has dived deep into how the uprising was eventually muted and the rhetoric authorities employed to trigger a mass response in mostly white liberals and leftists. They made special note of how the Minnesota Governor Tim Walz blamed white supremacists for invading Minneapolis and blamed them for looting. All the while it was clear that communities were rising against a system structurally built upon white supremacy.

Nevada was deeply struck by how this rhetoric instantly turned the tables on people actively engaged in rebellion and even pitted leftist elements against the continuing mass action. This led them to the insight that many liberals and leftists were, “More about fighting individual white supremacists, than fighting a system of white supremacy.” People began to organize to protect property and enforce curfew. This form of self policing intertwines the concepts of private property and white supremacy brings about an anti-abolitionist structure. In the end an anti-racist narrative was appropriated and mobilized to protect a racist system.

Nevada has taken this into the exploration of the concept of race treason. In this idea the intrinsic connection between whiteness and property is the central mechanism to be dismantled. This of course brings about heavy theoretical questions concerning radical redistribution, which is one of the most pressing issues in the radical left.

The conclusion that Nevada has come to is that however uncomfortable it may be, the day-to-day navigation of race tension is a continuing experience of resistance against white supremacy. Alternatives to the existing systems of oppression include self regulation through feedback and communication. This is in contrast to the self-policing and law which are static moral judgment. Self regulation is the norm in non-political, or what Nevada calls “ante-political” (yes ante, not anti), spaces such as the side show. This atmosphere of “takeovers and self regulation” propagates a transformation of the world in real time. Nevada does recognize that such, “inner phenomenon as a solution can be a dangerous illusion.” But they also see the value of gaining the time and space to make an autonomous decision.

For Nevada, the existing framework of political organizing is white and for this reason the issue of race treason becomes truly urgent. When the institution of private property becomes threatened many people become instant reactionaries. When looking at the place of white abolitionists involved in the process of dismantling white supremacy it must be recognized that, “we are not the protagonists, the goal is not to make us roadblocks.”

Nevada’s “Abolition of Law” is currently sold out, but Firestorm bookshop is working to restock it.