The Revolution Will Be Caffeinated! 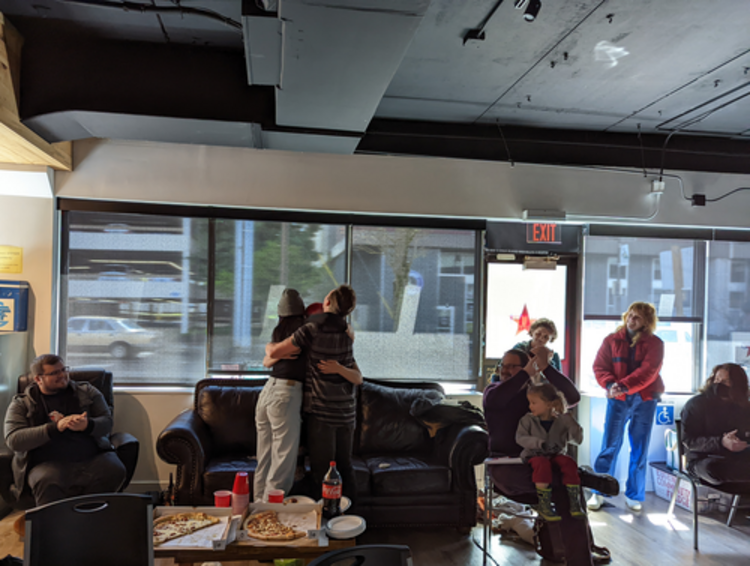 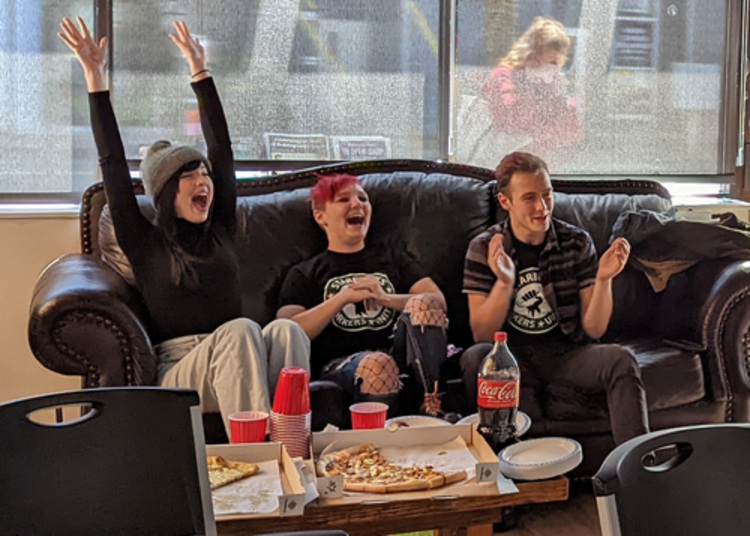 In a unanimous vote, workers at the 29th & Willamette Starbucks store officially won a union Wednesday afternoon. There were 17 yes votes, zero no votes, and no contested ballots. The bargaining unit contains 28 people in total for the new union.

Workers and supporters gathered at the GTFF office to watch the ballot count over Zoom. The process was very deliberate, with a National Labor Relations Board (NLRB) employee opening the return envelope. Next they presented the secrecy envelope, then they verified the ballots all the while methodically showing the observing parties each step. Finally when the workers realized they had a majority of votes they were overjoyed and embraced in a group hug.

“It’s really just the sense of relief. [We] don’t have to stress about the vote anymore. Now getting ready for bargaining,” said Jake LaMourie, a worker at the 29th & Willamette Starbucks.

If the other Eugene stores vote in favor of a union, the 29th & Willamette workers say they plan on bargaining together with those stores, while still each having separate contracts.

The NLRB has sent out ballots to workers at all seven other Eugene Starbucks stores and the board will count the votes over the coming weeks. Ballots for the workers at the 7th & Washington, Delta & Green Acres, EMU, Franklin & Villard, and Oakway Mall Starbucks will be counted by the agency on April 28. Workers at Valley River Drive and W. 11th & Acorn Park Starbucks will have their ballots counted by the NLRB on May 5.