The world is fucked, and that’s okay. 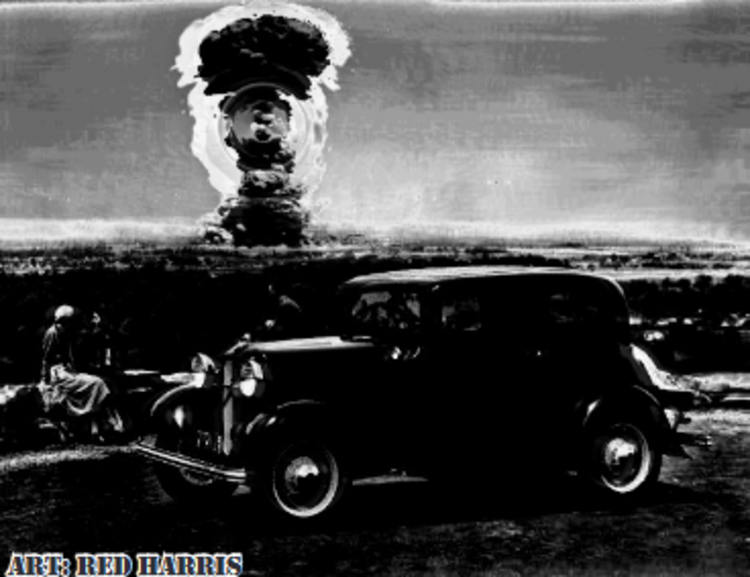 This is the core thematic message of Desert, a long-form manifesto covering climate collapse and its meaning for the Anarchist movement. Written by an anonymous ecologically inclined anarchist, Desert prefaces itself by almost immediately asking the reader the question, “what if we don’t win?”

It’s a hard prospect to think about, much less seriously engage with, but Desert doesn’t shy away from it. The text makes a convincing point for thinking about it; after all, lots of people come into the movement full of revolutionary ambition and zeal, dead-set on toppling the hegemonic power structures of our world and/or saving the environment from said power structures, only to burn out and give up in disillusionment. But this disillusionment, the author argues, can coexist with the anarchist spirit within all of us that yearns for a wild freedom.

Desert is not an easy read, especially not for an idealist. In literal terms of readability, however, it at times slips into a more academic form. Still, it always maintains its capacity to be understood by the reader. Its core points are made effectively, in ways that are easy to comprehend. It is also extensively researched (it has over two hundred footnotes) and provides strong evidence and quotes to bolster its main arguments.

Those arguments in particular are what make Desert so compelling. It asks the reader to throw away a lot of what they had likely assumed about the world: the metanarrative of progress as a natural state of civilization, the idea of a uniformly applied global future, even the notion of what functional anarchism actually looks like. In doing so, the reader, if paying attention and keeping an open mind, will likely emerge from their reading a completely changed person.

At times Desert shows its age; it was written in 2011, over ten years ago now. Sections talking about populations and demographic growth in relation to agricultural production, while valid points to address, at times come off as unintentionally malthusian. It also is disturbingly prophetic, especially when discussing the rate at which climate change is happening “faster than expected”. In 2011, for those who remember, climate change seemed to most like a far-off challenge that could be easily overcome with recycling initiatives and conservation programs. Now, however, it stares us dead in the face, and given the stranglehold that fossil capitalism has on the world, it’s not getting better anytime soon.

Desert is not all doom-and-gloom, despite what this review might have led you to believe so far. It actually ends with very hopeful messaging; as hegemony chokes on its own consequences, opportunities abound for community resiliency and local ecological stewardship. If you have an evening or two to spare, I strongly recommend reading Desert. Your disillusionment does not have to weigh you down. It can just as easily be freeing.