Who put Julius Jones where he is today?

For The Student Insurgent at the University of Oregon

OKLAHOMA CITY- On November 18th, 2021, Julius Jones was scheduled for execution by lethal injection in Oklahoma for the crime of murdering Paul Howell in 1999, only recently contested by conflicting information from other inmates associated with the alleged accomplice. With only a few hours remaining, Governor Kevin Stitt granted clemency for Jones with no possibility of commutation, pardon, or parole. 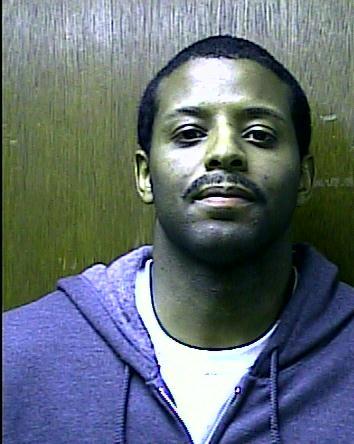 Christopher Jordan (Photo of Christopher Jordan is courtesy of Oklahoma Department of Corrections), the alleged accomplice, was once a teenager in the suburb city of Edmond, OK. But after the 1999 murder of Paul in the driveway at the Howell family residence, Jordan had other plans than being accountable for his role in that crime during the 2002 murder trial. His plea deal with the state testifying against Jones, claiming that is who shot Howell, allowed him to be released from prison by 2014 while Jones stayed on death row awaiting execution. But before Jordan’s release from prison, he had revealed crucial information about his trial and lying while playing basketball and being remorseful with his fellow inmates during his sentence.

One cellmate of Jordan’s, Roderick Wesley, had internal conflict compel him to write a letter to Jones’ attorney, Amanda Bass, in July 2020. Wesley wrote that Jordan had confessed to him between summer and fall in 2009, “my co-defendant is on death row behind a murder I committed.” 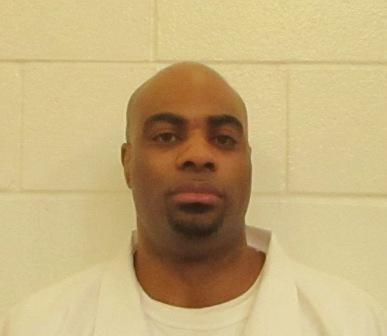 Wesley (Roderick Wesley mugshot is courtesy of Arkansas Department of Corrections) continued in the letter to Bass, “If this man is wrongfully executed by continuing to conceal this information, I feel as if I would have had a hand in putting this man to death, and I can’t live with that on my conscience.” After Wesley had watched a documentary, The Last Defense, he sympathized once seeing the Jones family’s turmoil. Jones’ defense team was elated yet challenged by this new information.

Jones’ appeals have occurred on death row for decades with no success, yet he has always maintained his innocence before them. But this clemency petition also cited statements from three different people who shared incarceration with Jordan. All three men said Jordan had separately confessed to them that he had killed Howell and framed Jones. This information influenced athletes and celebrities like Kim Kardashian, Baker Mayfield, Dak Prescott, and Russell Westbrook to call on public support to have Oklahoma Attorney General Mike Hunter allow the Oklahoma Pardon and Parole Board to hear Jones’ commutation request. Along with the expanding use of the pardon and parole board’s authority, under Stitt’s guidance, they approved commutations for about 500 prison inmates in 2019. This use of an integral part of the corrections system was non-existent in years prior.

Today, Jones can hug his mother for the first time after 22 years now that he is no longer incarcerated on death row. Lacking Howell’s mother hugging her son, at least now a possibly framed man, and his testimony isn’t going to the grave allowing the real murderer to walk free. But even with Jones stuck with no chance of escaping life in prison, it is the state that owns the responsibility of the murder, and this clemency approval proves that.

…Appoint community members, not capitalists!  Divest from fossil fuels and discontinue reliance on prison labor.  These demands epitomize the event’s goals, but the array of groups in attendance approached these…

…events that happened to her: her mother’s voice still in her head, “squeeze my hand when it hurts baby, it’ll be okay.” This was Shelly’s reality throughout her childhood, as…

…about the event, opposition was swift. Organizers of the event announced that the venue address and directions will be provided 24 hours before the event in an effort to keep…

…attendance for any athletic events, why was the administration focusing on a $1.7M ticket contract ASUO had with the athletics department? It was becoming nakedly obvious what the priorities were…

…struggle as a whole. We commit to acting in solidarity with groups who are organizing in our community and across the nation against white supremacy and the prison industrial complex….

…GPHS students and a supporting community member. A student, who asked to stay anonymous, touched on these events.“It is obviously not a secret that cops were at the protest and…

Like many incarcerated people in the United States, those in pre-trial detention in Lane County Adult Corrections are suffering for the State’s commitment to incarceration and the lucrative prison industrial…

…10th anniversary, two events are planned. The main event is the annual memorial on May 12th. There is also a phone bank on May 13th to be held in Keaton’s…

We Pulled Down The Statues: Pioneer Statues Come Down Following an Evening of Education

What promised to be a radical, relaxed teach-in transformed in a moment of revolutionary furor. The event planned for the day, “Community Teach In: Oregon’s Racist History,” began at a…

Vaccine Privilege in the United States

…specifically, we live in a bubble of privilege in which we can still go to class, parties, events and pretend like the pandemic isn’t a major issue, however, across the…

…one by any means; through it I could do little more than search Google and YouTube. But what I discovered was concerning. I looked into recent events, assuming that I…

…pin a red square anywhere on your person. Movement participants will be distributing information and providing details about upcoming events soon. Be prepared to disrupt business as usual in any…